I loaded a cargo of 50,000 tons fueloil in Kuwait in August 1987, to Mogadishu, Somalia. A load that was paid by the United Nations in support of Somalia.
When we docked in Mogadishu, there were none in the terminal that could make it clear to discharge, so our Chief Officer had to "line up" for them ie open the
lines from the vessel to the tank that would receive oil. As soon as we had started transfer of the load burst a pipe, so the operation was canceled.
After a few days it was clear to continue unloading and all went smoothly.
One of the local doctors who came on board in connection with the clearance of the vessel was trained by the Swedish doctor Dr. Sandstrom who served in Mogadishu
for many years. He arranged with the parties at a nightclub (Disco) called Studio 54, which at the time was the most popular site.
The furniture consisted of old car seats. The lighting of "flashing lights" were lampshades on the ceiling of different colored plastic buckets (the handles were still there).
The local beer tasted just fine. The last night we were there, we were attacked by locals with rotten mangoes, they screamed "bloody Italians go home."
The country was occupied by Italy for many years. White men were not popular but the oil we delivered was OK.
We refrained from further exploration of Mogadishu after the incident. 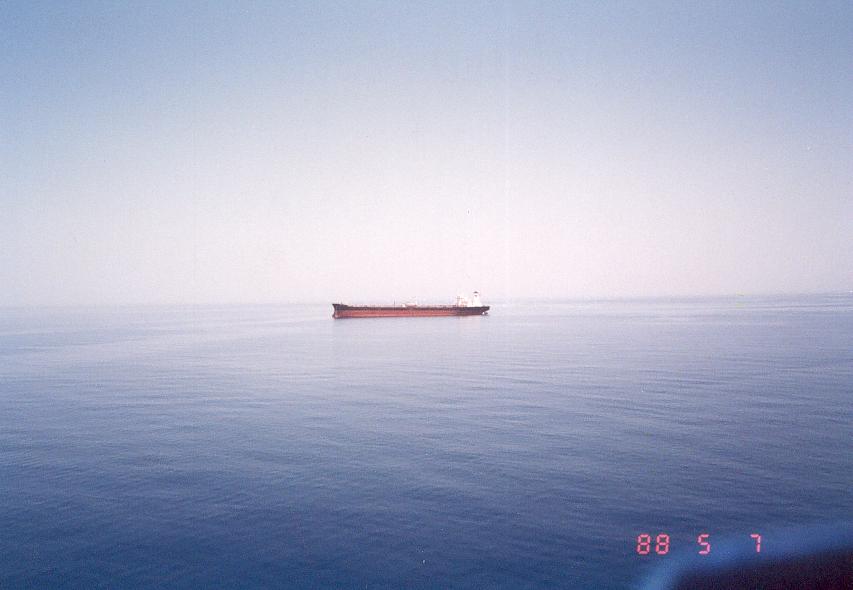